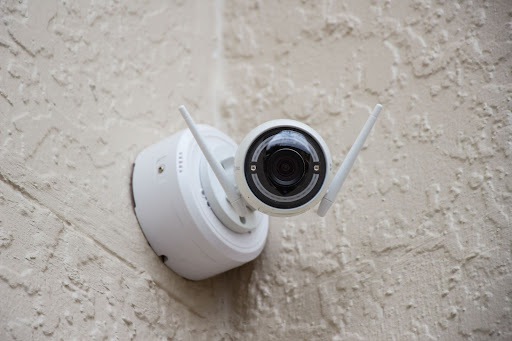 IoT devices are a powerful innovation capable of making businesses dramatically more productive. Most IoT devices, however, are designed and built to be low cost, with security being an afterthought. Because of this, they introduce risk into the network and must be secured properly.

Effective IoT security starts with having an accurate inventory of devices, mapping the network, and  knowing the risks and vulnerabilities, to keep networks secure and running as intended. IoT devices have become common in all types of organizations. In this post, we’ll cover everything network professionals need to know to properly protect their IoT devices and networks.

What is IoT Security?

What Are Some IoT Security Risks?

What Are Some Best Practices for IoT Network Security?

What is IoT Security?

IoT security refers to the safeguards and precautions implemented to protect any IoT-connected device from threats and vulnerabilities. The purpose of IoT security is not only to protect these devices from being compromised, but also to have the proper management capabilities to control the network, protect the data gathered by the sensors and software, and mitigate incidents as they arise.

What Are Some IoT Security Risks?

With IoT attacks on the rise, the first thing network professionals should do is risk assessment. This starts with knowing the most frequently exploited security risks and how to mitigate each of them. Here are six of the most common security issues among IoT networks:

For more information, read IoT Attacks: 6 Security Risks to Be Aware Of.

Some of the biggest IoT network security threats are legacy systems, or those over a decade old that weren’t originally designed to be part of an IoT network. Because of their age and the era in which they were designed, these systems typically have limited security measures — and that makes them low-hanging fruit for hackers and cyberattackers.

Using easy-to-guess or default passwords make devices easy targets for bad actors, yet “123456” and “password” remain among the most commonly used passwords in the world. Without a built-in step to assess each new device on a network to analyze password strength, weak passwords remain a security risk that can be breached in seconds.

Finally, network administrators need to secure IoT data transactions to ensure that proprietary or confidential information isn’t intercepted. Most IoT transactions are not secure by default, so additional steps should be taken to ensure that data is safe.

To find out how to protect against these vulnerabilities, check out IIoT Vulnerabilities: How to Protect Your Networks Against 3 Common Threats.

What Are Some Best Practices for IoT Network Security?

No matter the industry, there are steps network teams can take to mitigate IoT security risks. By following these general best practices, administrators can address threats and vulnerabilities before they become emergencies. One of the biggest challenges in IoT network security is that the number of connected devices might range from a dozen to thousands, depending on the industry. By implementing microsegmentation, administrators can segment particular devices and reduce attack exposure for the rest of the network. For high-volume IoT networks, this should be among your first priorities.

Beyond that, there are several other IoT security best practices to keep in mind:

If you’re not sure how to begin addressing the numerous internet of things security concerns, Byos can help. The Byos µGateway was designed to protect entire fleets of IoT devices, with microsegmentation dramatically reducing attack space. The plug-and-play implementation makes it easy to set up, and its support for legacy devices addresses one of the most common vulnerabilities that IoT networks face. Want to know more about how Byos can increase IoT network security? Get started here.

IIoT Vulnerabilities: How to Protect Your Networks Against 3 Common Threats